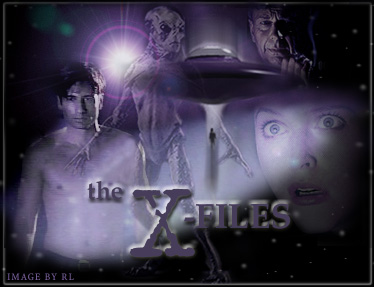 TITLE: ALLEGIANCE
AUTHOR: Lacadiva
KEYWORDS: X-File, Scully angst, UST
SUMMARY: After Mulder and Scully are wounded in a bloody ambush, Scully awakens to find herself in a world where The Day has come and gone, and a choice must be made between duty and Mulder.

TITLE: ALL THE PLACES
AUTHOR: Ambress
KEYWORDS: Mulder angst, UST
SUMMARY: Set post "Biogenesis." When Scully returns to remove him from the hospital, Mulder is overcome by the intimacy of her pressence in his mind...and later learns a secret as a result of the closeness of his connection to her.

TITLE: ANOTHER SWIM
AUTHOR: Joann Humby
KEYWORDS: Major angst, UST, RST
SUMMARY: Set post "Elegy". This story fills the gap between "Elegy" and "Demons" and gives a raw look into the fragile state of our heros.

TITLE: ARE YOU MY MULDER
AUTHOR: Amy Seymour
KEYWORDS: Scully angst, UST
SUMMARY: Set post "Dreamland"...An excellent alternate ending story which places Mulder and Morris Fletcher in the correct bodies, but leaves everyone's memory of the events fully intact...Including Scully's, who is having a difficult time admitting to herself that she needs proof that Mulder is "back" when her science tells her he was never actually "gone".

TITLE: BREATHE FOR TWO
AUTHOR: Syn
KEYWORDS: Major Scully angst, UST
SUMMARY: After a horrifying discovery at a brutal crime scene, another life intersects with Scully's...leaving her deeply changed in the aftermath.

TITLE: FEAR
AUTHOR: X Scout
KEYWORDS: Pre-X/F, Major angst, V
SUMMARY: A young Fox Mulder, as seen through the eyes of one of his only friends.

TITLE: HOT WAX
AUTHOR: Gina Rain
KEYWORDS: X-File, angst, UST, RST
SUMMARY: Mulder and Scully go undercover to find a serial killer targeting Manhattan couples. But when their suspect displays an uncanning gift of emotional empathy and focuses it on them, their investigation turns toward discovering each other.

TITLE: I HAVE KNOWN A BOY NAMED FOX AND A MAN NAMED MULDER
AUTHOR: Penny Daza
KEYWORDS: X-File, Angst, MSR
SUMMARY: The victim of a bizarre experiment, Mulder becomes Fox...And his journey from child to man changes everything for he and Scully.

TITLE: LONGER GONE
AUTHOR: Jintian
KEYWORDS: Major Angst
SUMMARY: Set post "Biogenesis". While in the confines of the hospital, Mulder gets the last thing he could ever hope to find...and is completely unprepared for it.

TITLE: THE MASTER CALLS A BUTTERFLY
AUTHOR: April Leigh
KEYWORDS: X-File, Major Angst, MSR
SUMMARY: A brilliantly woven story that ties all of the mythology together in a well concieved, believable way.

TITLE: MUCH ABIDES
AUTHOR: Maggie McCain
KEYWORDS: MAJOR angst, MSR, charactr death
SUMMARY: "I remember his rare, wide smile, his eyes, full of love and joy and heartwrenching trust. I will not betray those eyes."

TITLE: MUSINGS OF A PROFESSIONAL GIRL
AUTHOR: Dasha K
KEYWORDS: Mulder/other, M/S UST
SUMMARY: A professional girl talks about her life and the most curious client she ever had.